The new year is here, and we at the Washington Media Services office have noticed a trend that seemed to start last year: businesses reinventing themselves through new logos or identities. Is it needed? Sometimes, yes. Are they successful? Well…

As with all things, this subject is highly subjective, meaning what we may see as a less than successful logo/branding update you may find decent. That’s fair and such discussion is healthy. Our purpose in writing this piece is to point out a few patterns we’ve noticed and give our opinion and advice when considering such a change. 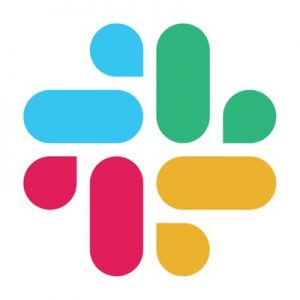 First, the most recent change: Slack. Slack is a tool for work teams to use to collaborate on projects, or just generally keep in touch. They unveiled their new logo, which didn’t seem to make sense to us. The old logo (a multi-colored hashtag with gradients where the lines intersected) was somewhat fitting. After all, in this current social situation, a hashtag represents a way for people to communicate on a subject. Their new logo, however, doesn’t immediately convey anything. As pointed out by one Twitter user, it seems to echo the design used by some medical groups. Now, this isn’t necessarily bad. The new logo definitely creates conversation and makes the viewer ask questions (though, the first question we asked was why this was chosen).

The other large trend we’ve noticed for some time is large brands becoming more clean looking. Professional design is a blessing, especially with so much media constantly in our faces. However, we’ve noticed more brands coming out with updates that remove their individuality (Spotify is the first example to come to mind). With Spotify’s original logo, the viewer saw something a bit quirky and odd. It was something that stuck in your mind. The serif font wasn’t anything too different, but the “o” was unaligned with the rest of the lettering and seemed to be sending out sound waves, indicating what the service provided: streaming music. In 2013, the company dropped the misalignment and serifed font for something san serif and cleaner, more Helvetica-looking. They further refined the coloring in 2015. While the change goes with the trend we mentioned, this is a successful one because they kept the icon from their original logo, thus retaining part of that identity that set them apart when the original logo was first seen in 2008.

While Spotify was a good change, we also have a fairly recent example of a company’s less-than-great change in their logo: Kickstarter. Kickstarter is a crowdfunding-style site to allow people to “back” or fund projects others come up with. The new logo (released in 2017) looks like someone rediscovered bubble letters. Granted, their old wordmark used a similar letter style, but that one was much easier to read. The new wordmark is so thick that the words start to flow together as it is sized down.

These are just a couple examples of some recent brand updates. As we’ve pointed out, some are at least fairly successful and some fall flat, in our opinion. With some logos, it’s apparent that they’re updating to keep up with shifts in design practices, while others seem to mostly be making the change to seem “hip” (looking at you on this one, Dropbox). So what should you do if you’re thinking you need a change in your brand? Talk to a company you can trust. Washington Media Services specializes in logo design and branding development. We always work to make sure our clients are happy with the design we hand them. Contact us today for a free half-hour consultation meeting.